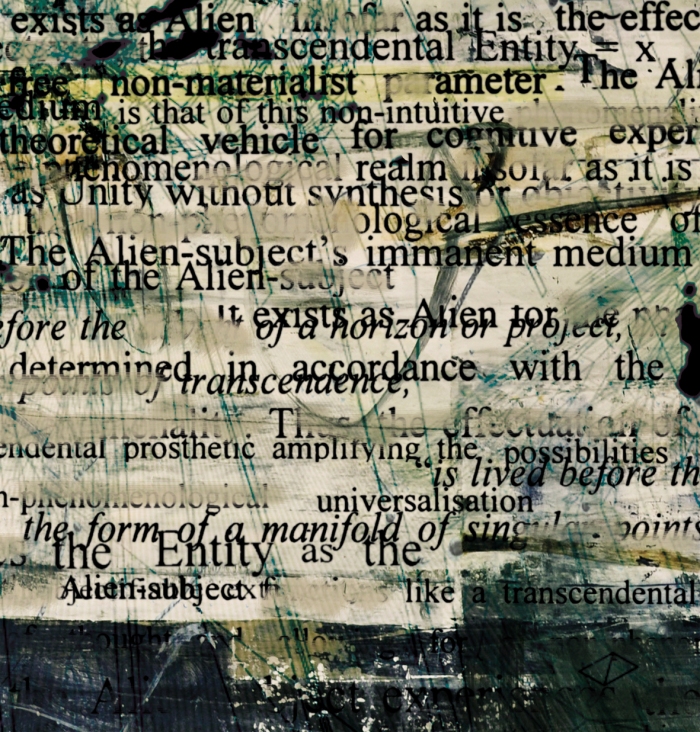 1. The poem operates upon the secret logic of the world

Forced back to drawing boards, the impoverishment complex of Dadaist disgust. Alienism “works” on the premise that complexity is isomorphic to the void. Down a one-way street, accelerated in reverse. Larval pornographies on LSD. Necro-optimization. Crypto-singularity. The polysemy of circulation isn’t merely a concept: Even if sense is indifferent to it, the phantom collective subject shouts Sieg Heil! They built this city with instrumental nihilism. But that’s not why the lights rage in their eyes. Like the flames of Police-state crematoria. Like collapse vectors haloed by rancid ejecta. Even if this ignis fatuus calls itself History. No terror is unspeakable. Unseen doesn’t mean invisible. The witnesses all stood around with cameras raised in menace. Civilization was just their name for the self-destruct button. The children sing Eat the Police till they’re hoarse & its time to suck the Big Lozenge again. All have known the dead hand of cruel masturbations. Only the escaped slave knows how to assassinate the Master. END_OF_DOCUMENT_TOKEN_TO_BE_REPLACED